An Echo in the Bone 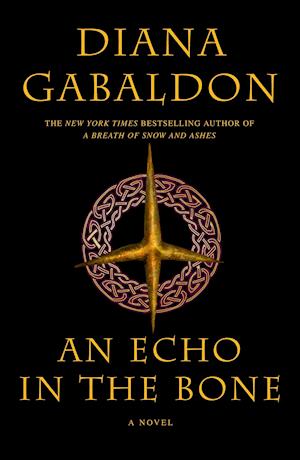 Diana Gabaldon's brilliant storytelling has captivated millions of readers in her bestselling and award-winning Outlander saga. In An Echo in the Bone, the seventh volume, Gabaldon continues the extraordinary story of the eighteenth-century Scotsman Jamie Fraser and his twentieth-century time-traveling wife, Claire Randall. Jamie Fraser, former Jacobite and reluctant rebel, is already certain of three things about the American rebellion: The Americans will win, fighting on the side of victory is no guarantee of survival, and he'd rather die than have to face his illegitimate son--a young lieutenant in the British army--across the barrel of a gun. Claire Randall knows that the Americans will win, too, but not what the ultimate price may be. That price won't include Jamie's life or his happiness, though--not if she has anything to say about it. Meanwhile, in the relative safety of the twentieth century, Jamie and Claire's daughter, Brianna, and her husband, Roger MacKenzie, have resettled in a historic Scottish home where, across a chasm of two centuries, the unfolding drama of Brianna's parents' story comes to life through Claire's letters. The fragile pages reveal Claire's love for battle-scarred Jamie Fraser and their flight from North Carolina to the high seas, where they encounter privateers and ocean battles--as Brianna and Roger search for clues not only to Claire's fate but to their own. Because the future of the MacKenzie family in the Highlands is mysteriously, irrevocably, and intimately entwined with life and death in war-torn colonial America. With stunning cameos of historical characters from Benedict Arnold to Benjamin Franklin, An Echo in the Bone is a soaring masterpiece of imagination, insight, character, and adventure--a novel that echoes in the mind long after the last page is turned.

Forfattere
Bibliotekernes beskrivelse Readers have been waiting with bated breath for the seventh volume in bestselling author Gabaldon's epic Outlander saga--a masterpiece of historical fiction featuring Jamie and Claire, from one of the genre's most popular and beloved writers.