An Alternative History of Western Philosophy 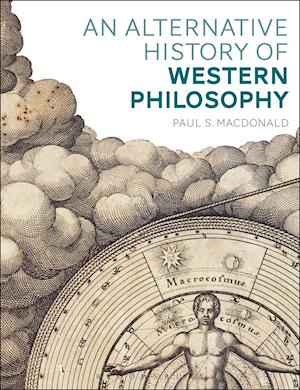 There is an alternative history of philosophy that has endured as a shadowy parallel to standard histories of philosophy, although it shares many of the same themes, concerning God, humans, and the natural world. The alternative tradition has its own founding texts in the late ancient Hermetica, from whence flowed three broad streams of thought, alchemy, astrology, and magic (sometimes the Kabbalah). Paul MacDonald's new book is not a survey of esoteric doctrines; it is not a history of something different than philosophy, it is a different history of philosophy. These thinkers' attitude toward philosophy is not one of detached speculation but of active engagement, even intervention. This different history finds its origins in the late ancient milieu of the Hermetica, Graeco-Egyptian Alchemy, the Chaldean Oracles, Gnostic and Manichaean Scriptures; its passage through the Arabic world and reappearance in the European Middle Ages; in the Renaissance with Rabelais, Paracelsus, Agrippa, Ficino, and Bruno; and in the early modern period with John Dee, Robert Fludd, Jacob Bohme, Thomas Browne, Kenelm Digby, G. W. Leibniz, and Isaac Newton.In the 18th-19th centuries it considers Berkeley's Siris, Emanuel Swedenborg, Hegel, von Baader, and great Romantics such as Novalis, Goethe, S. T. Coleridge, E. A. Poe, as well as Nietzsche; and in the 20th century it turns to great modernist literature of Pessoa, Robert Musil, Ernst Bloch, and Philip K. Dick.