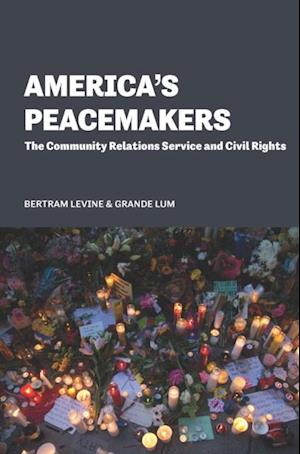 America's Peacemakers: The Community Relations Service and Civil Rights tells the behind-the-scenes story of a small federal agency that made a big difference in civil rights conflicts over the last half century. In this second edition of Resolving Racial Conflict: The Community Relations Service and Civil Rights, 1964-1989, Grande Lum continues Bertram Levine's excellent scholarship, expanding the narrative to consider the history of the Community Relations Service (CRS) of the U.S. Department of Justice over the course of the last three decades. That the Trump administration has sought to eliminate CRS gives this book increased urgency and relevance. Covered in this expanded edition are the post-9/11 efforts of the CRS to prevent violence and hate crimes against those perceived as Middle Eastern. Also discussed are the cross-border Elin Gonzlez custody dispute and the notable tragedies of Trayvon Martin and Michael Brown, both of which brought police interaction with communities of color back into the spotlight.  The 2009 Matthew Shepard and James Byrd, Jr., Hate Crimes Prevention Act substantially altered CRS's jurisdiction, which began to focus on gender, gender identity, religion, sexual orientation, and disability in addition to race, color, and national origin. Lum's documentation of this expanded jurisdiction provides insight into the progression of civil rights. The ongoing story of the Community Relations Service is a crucial component of the national narrative on civil rights and conflict resolution. This new edition will be highly informative to all readers and useful to professionals and academics in the civil rights, dispute resolution, domestic and international peacemaking, and law enforcement-community relations fields.