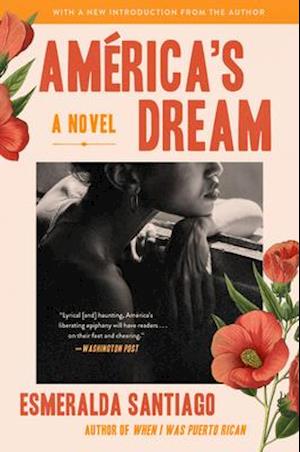 Lyrical and] haunting, Am rica's liberating epiphany will have readers . . . on their feet and cheering. -- Washington Post

Deftly written and fiercely resilient, Am rica's Dream explores the ever-shifting definition of what it means to be American and exemplifies the spirit of every immigrant who has dared to realize the American dream.

Am rica Gonzalez is a hotel housekeeper on Vieques, an island off the coast of Puerto Rico, cleaning up after wealthy foreigners who don't look her in the eye. Her alcoholic mother resents her; her married boyfriend, Correa, beats her; and their fourteen-year-old daughter thinks life would be better anywhere but with Am rica. So when Am rica is offered the chance to work as a live-in housekeeper and nanny for a family in Westchester, New York, she takes it as a sign to finally make the escape she's been longing for.

Yet, even as Am rica revels in the comparative luxury of her new life--daring to care about a man other than Correa--she is faced with the disquieting realization that no matter what she does, she can never really escape her past.