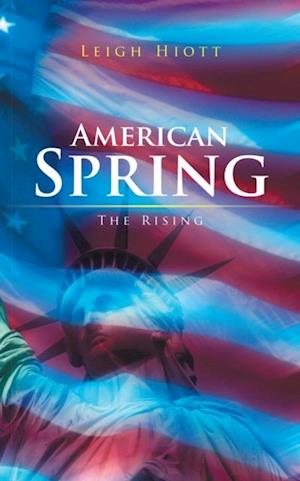 Can the hope of the world survive? Has our shining City on a hill lost its luster? Is Lady Liberty just a jaded icon of bygone days? Has the torch by the sea been extinguished? On a bend of the Congaree River outside Columbia, SC, a well-developed militia has been hewn from 200 hundred acres of virgin forest of the Congaree Preserve. They fly the ubiquitous Stars and Bars of the Confederacy. It is land locked on three sides by the national forest and accessible only by boat. A large barge and a flotilla of boats service the unit. High Crimes and Treason are afoot. Jiggs Malone an officer unjustly cashiered out of the Army under a cloud, accidently hits and kills the daughter of the Palmetto Brigades commander. He is caught up in the nationwide Militias planned uprising against our duly constituted government. They view the Second Amendment as a right to keep and bear arms for protection against a government that has overreached its constitutional authority. The hand of Destiny has dealt Jiggs a chance to redeem himself and remove the cloud of dishonor hanging over his head. Bold and diabolical attacks are coordinated to hit chemical plants, gasoline refineries, both nuclear and fossil fuel generating plants. America is in flames as the President looks out from the Oval Office. The novel rests with an audacious attack on the venerable George Washington Bridge. If the terrorist can lay the span of the George in the murky waters of the Hudson River, they will achieve a major coup. Can the attacks be foiled as Jiggs is reunited with his former comrades, who serendipitously execute a low level drop at dusk, as he returns from reconnoitering the militia? Can our democratic government, the envy of the world, prevail?