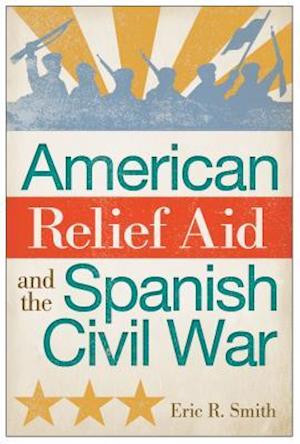 The Spanish Civil War created a conflict for Americans who preferred that the United States remain uninvolved in foreign affairs. Despite the country's isolationist tendencies, opposition to the rise of fascism across Europe convinced many Americans that they had to act in support of the Spanish Republic. While much has been written about the war itself and its international volunteers, little attention has been paid to those who coordinated these relief efforts at home.

American Relief Aid and the Spanish Civil War tells the story of the political campaigns to raise aid for the Spanish Republic as activists pushed the limits of isolationist thinking. Those concerned with Spain's fate held a range of political convictions (including anarchists, socialists, liberals, and communists) with very different understandings of what fascism was. Yet they all agreed that fascism's advance must be halted. With labor strikes, fund-raising parties, and ambulance tours, defenders of Spain in the United States sought to shift the political discussion away from isolation of Spain's elected government and toward active assistance for the faltering Republic.

Examining the American political organizations affiliated with this relief effort and the political repression that resulted as many of Spain's supporters faced the early incarnations of McCarthyism's trials, Smith provides new understanding of American politics during the crucial years leading up to World War II. By also focusing on the impact the Spanish Civil War had on those of Spanish ethnicity in the United States, Smith shows how close to home the seemingly distant war really hit.