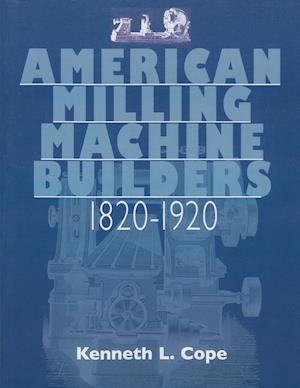 Continuing the pattern set by American Lathe Builders and American Planer, Shaper and Slotter Builders, this is the first book to identify American builders of milling machines and the products they invented circa 1818 to the development of the "modern" milling machine circa 1920. Early versions of other American machine tools were largely copied from European, especially British, machines. The milling machine, however, was an American development. Built first for the firearms and sewing machine industries, it proved to be much more productive than other methods, and soon held a major place in all high-production American machine shops. The book lists more than 300 makers and contains over 1,400 illustrations taken from original catalogs and contemporary periodicals. These trace the development of the milling machine from a crude, light weight machine to very large millers capable of machining parts the size of boxcars and weighing many tons. Attachments such as dividing heads, vises, etc., are also covered.