American Midwest in Film and Literature 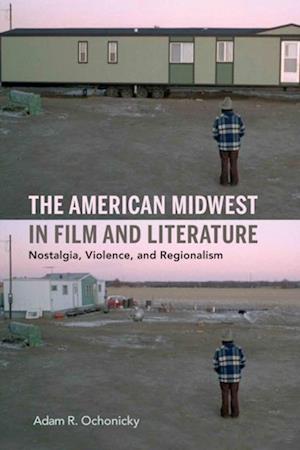 A critical overview of the evolution, contestation, and fragmentation of the Midwest's symbolic (and often contradictory) meanings in American culture.How do works from film and literature-Sister Carrie, Native Son, Meet Me in St. Louis, Halloween, and A History of Violence, for example-imagine, reify, and reproduce Midwestern identity? And what are the repercussions of such regional narratives and images circulating in American culture? In The American Midwest in Film and Literature: Nostalgia, Violence, and Regionalism, Adam R. Ochonicky provides a critical overview of the evolution, contestation, and fragmentation of the Midwest's symbolic and often contradictory meanings.Using the frontier writings of Frederick Jackson Turner as a starting point, this book establishes a succession of Midwestern filmic and literary texts stretching from the late-19th century through the beginning of the 21st century and argues that the manifold properties of nostalgia have continually transformed popular understandings and ideological uses of the Midwest's place-identity. Ochonicky identifies three primary modes of nostalgia at play across a set of textual objects: the projection of nostalgia onto physical landscapes and into the cultural sphere (nostalgic spatiality); nostalgia as a cultural force that regulates behaviors, identities, and appearances (nostalgic violence); and the progressive potential of nostalgia to generate an acknowledgment and possible rectification of ways in which the flawed past negatively affects the present (nostalgic atonement). While developing these new conceptions of nostalgia, Ochonicky reveals how an under-examined area of regional study has received critical attention throughout the histories of American film and literature, as well as in related materials and discourses. From the closing of the Western frontier to the polarized political and cultural climate of the 21st century, this book demonstrates how film and literature have been and continue to be vital forums for illuminating the complex interplay of regionalism and nostalgia.'Ochonicky presents an important reading of how nostalgia shapes the Midwest in the American imagination as a place of identity and violence. Past and present slip in this compelling and well-researched approach to the workings of contemporary culture.' -Vera Dika, author of Recycled Culture in Contemporary Art and Film: The Use of Nostalgia'By centering the concept of region, Adam Ochonicky provides an insightful and refreshing reading of American popular culture. In texts ranging from Richard Wright's Native Son to John Carpenter's Halloween, Ochonicky demonstrates the complex terrain of the Midwest in our cultural imaginary and the diverse memories and meanings we project upon it.' -Kendall R. Phillips, author of A Place of Darkness: The Rhetoric of Horror in Early American Cinema, Syracuse University