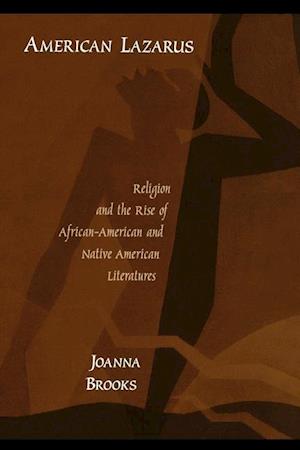 The 1780s and 1790s were a critical era for communities of colour in the new United States of America. Even Thomas Jefferson observed that in the aftermath of the American Revolution, 'the spirit of the master is abating, that of the slave rising from the dust.' This book explores the means by which the very first Black and Indian authors rose up to transform their communities and the course of American literary history. It argues that the origins of modernAfrican-American and American Indian literatures emerged at the revolutionary crossroads of religion and racial formation as early Black and Indian authors reinvented American evangelicalism and created new postslavery communities, new categories of racial identification, and new literary traditions. While shedding fresh light on the pioneering figures of African-American and Native American cultural history-including Samson Occom, Prince Hall, Richard Allen, Absalom Jones, and John Marrant-this work also explores a powerful set of little-known Black and Indian sermons, narratives, journals, and hymns. Chronicling the early American communities of color from the separatist Christian Indian settlement in upstate New York to the first African Lodge of Freemasons in Boston, it shows howeighteenth-century Black and Indian writers forever shaped the American experience of race and religion. American Lazarus offers a bold new vision of a foundational moment in American literature. It reveals the depth of early Black and Indian intellectual history and reassesses the political, literary, and cultural powers of religion in America.