- The Occupation of Haiti and the Rise of Caribbean Anticolonialism 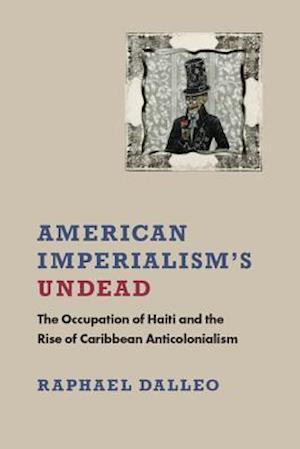 As modern Caribbean politics and literature emerged in the first half of the twentieth century, Haiti, as the region's first independent state, stood as a source of inspiration for imagining decolonization and rooting regional identity in Africanness. Yet at precisely the same moment that anticolonialism was spreading throughout the Caribbean, Haiti itself was occupied by U.S. marines, a fact that regional political and cultural histories too often overlook. In American Imperialism's Undead, Raphael Dalleo examines how Caribbean literature and activism emerged in the shadow of the U.S. military occupation of Haiti (1915-34) and how that presence influenced the development of anticolonialism throughout the region.

The occupation was a generative event for Caribbean activists such as C. L. R. James, George Padmore, and Marcus and Amy Jacques Garvey as well as for writers such as Claude McKay, Eric Walrond, and Alejo Carpentier. Dalleo provides new ways of understanding these luminaries, while also showing how other important figures such as Aim C saire, Arturo Schomburg, Claudia Jones, Frantz Fanon, Amy Ashwood Garvey, H. G. De Lisser, Luis Pal s Matos, George Lamming, and Jean Rhys can be contextualized in terms of the occupation. By examining Caribbean responses to Haiti's occupation, Dalleo underscores U.S. imperialism as a crucial if unspoken influence on anticolonial discourses and decolonization in the region. Without acknowledging the significance of the occupation of Haiti, our understanding of Atlantic history cannot be complete.