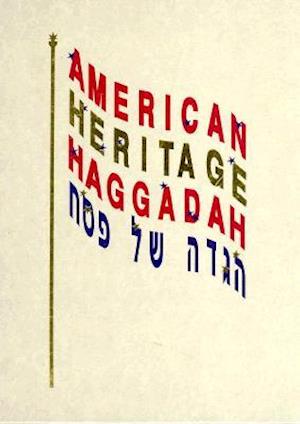 A profound and meaningful addition to the Passover seder, this unique Haggadah showcases the inherent respect for religious diversity in American society, and is a moving and timely tribute to the values of freedom and liberty. First published in 1992, and compiled and edited by David Geffen, this reprinted edition includes an attractive new cover featuring what has recently come to be the most poignant symbol of freedom - the Statue of Liberty. The back cover displays the proposed seal for the United States submitted by the committee of Franklin, Jefferson and Adams in 1776. With the image of the splitting of the Red Sea, and the words 'Rebellion to tyrants is obedience to God', it is a fitting tribute to the current world situation and also highlights the tenacious link between Jewish and American values. The Hebrew text of the American Heritage Haggadah is an exact replica of one of the earliest Haggadot published in the States. Combined with anecdotes and images sourced from Chicago to California, this Haggadah provides an inspiring historical framework in which to contemplate the meaning of slavery and freedom.