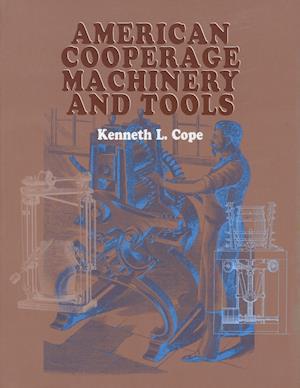 Through the second half of the 19th century and into the 20th, barrel makers followed the same path taken by many other woodworkers . . . they moved from hand tools to the large, efficient new machines that were the products of the Industrial Revolution. They built factories to house the machines and turned out thousands of barrels, kegs, and similar containers a day. Kenneth Cope's book, in the pattern of his previous books on the American machine tool industry, provides more than 530 illustrations of these cooperage tools, taken from original catalogs and contemporary periodicals. Along with the illustrations is a brief history of the individual maker, chronicling the various machines that each made. Included, as well, are reproductions of four catalogs: E. & B. Holmes 1891 catalog and ca. 1910 or 1915 Q catalog, L. & I.J. White 1912 catalog, and the D.R. Barton 1905 catalog. An illustrated glossary of terms used and an appendix giving a brief look at the English and French cooperage industries in the corresponding period are also provided.