America, the Vietnam War, and the World

indgår i serie Publications of the German Historical Institute 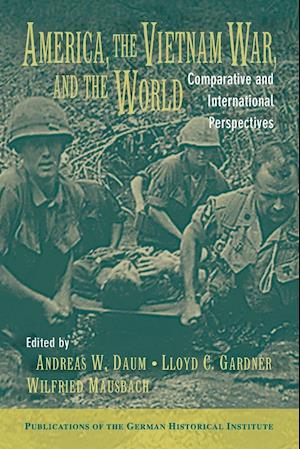 This book presents perspectives on the Vietnam War, its global repercussions, and the role of this war in modern history. The volume reveals 'America's War' as an international event that reverberated all over the world: in domestic settings of numerous nation-states, combatants and non-combatants alike, as well as in transnational relations and alliance systems. The volume thereby covers a wide geographical range - from Berkeley and Berlin to Cambodia and Canberra. The essays address political, military, and diplomatic issues no less than cultural and intellectual consequences of 'Vietnam'. The authors also set the Vietnam War in comparison to other major conflicts in world history; they cover over three centuries, and develop general insights into the tragedies and trajectories of military conflicts as phenomena of modern societies in general. For the first time, 'America's War' is thus depicted as a truly global event whose origins and characteristics deserve an interdisciplinary treatment.