America, the UN and Decolonisation

- Cold War Conflict in the Congo 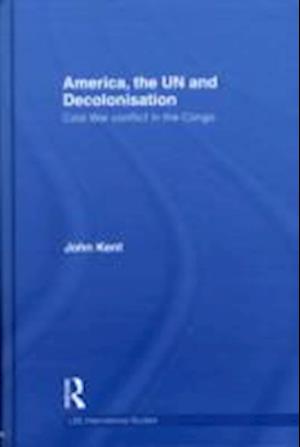 This book examines the role of the UN in conflict resolution in Africa in the 1960s and its relation to the Cold War.Focussing on the Congo, this book shows how the preservation of the existing economic and social order in the Congo was a key element in the decolonisation process and the fighting of the Cold War. It links the international aspects of British, Belgian, Angolan and Central African Federation involvement with the roles of the US and UN in order to understand how supplies to and profits from the Congo were producing growing African problems. This large Central African country played a vital, if not fully understood role, in the Cold War and proved to be a fascinating example of complex African problems of decolonisation interacting with international forces, in ways that revealed a great deal about the problems inherent in colonialism and its end.This book will be of much interest to students of US foreign policy, the UN, Cold War history and international history in general.

Forfattere
Bibliotekernes beskrivelse Examines the role of the UN in conflict resolution in Africa in the 1960s and its relation to the Cold War. 4 Halftones, black and white