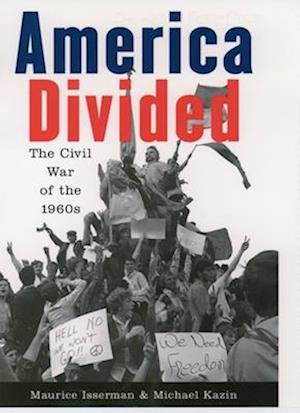 The definitive interpretive survey of the political, social, and cultural history of 1960s america, America Divided is written by two of the top experts on the era - Maurice Isserman, a scholar of the Left, and Michael Kazom, a specialist in Right-wing politics and culture. Arguing that the period marked the end of the country's two-century-long ascent toward widespread affluence, domestic consensus, and international hegemony, the authors take readers on atour of the turbulent decade, exploring what did and did not change in the 1960s, and why American culture and politics have never been the same since. Considering the factors which led up to the sixties, and issues such as the changing mind and condition of black America, the heyday and limitations of liberalism, youth culture, Vietnam, the New Left, the conservative revivial, Nixon, and the search for spirituality, Like a Civil War, explains what made the 1960s a decade in which people felt they could 'make history' and why, in the following decades, the history that was made has been so troubling to Americans. Also shedding some much-needed light on the era's often overlooked rise of the New Right and its far-reaching implications, Like A Civil War is an exciting and educational narrative for students of American history and general readers alike.