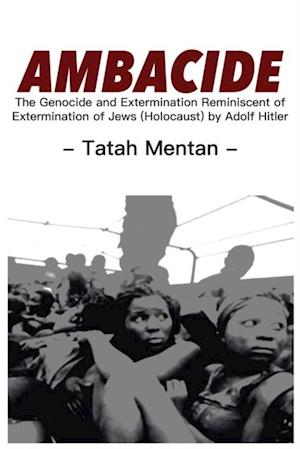 Genocide and extermination are no longer mere words, promises, hopes, etc. These acts are already a law which can be enforced. In practical terms, this law means no more extermination, no more mass killings, no more concentration camps, no more sterilisations, no more wanton rapes, no more killings and burning of people to conceal evidence, no more torching of habitats, no more breaking up of families. The call to stop genocide is often presented as the paramount moral obligation in contemporary global politics. The 'Never Again' refrain and the consistent references to the ethical value of Responsibility to Protect genocide stand as calls for urgent political mobilisation. Taking a look at the internet blackouts, the militarisation of towns and cities all across Southern Cameroons (Ambazonia), the indiscriminate torching of hundreds of villages, schools and health centres, the rampant gang rape of females by HIV-infected troops, mass killings of civilians, burning of innocent civilians in their sleep, disembowelling pregnant women and slaughtering them and their unborn babies, arbitrary arrests and detentions, dehumanising raids of residential areas in search of 'Anglophones', mindless torture, extortions, and looting by La R,publique du Cameroun troops, the genocide and extermination were well planned in advance. Professor Tatah Mentan argues that the bloodbath was designed with a clear kinetic theological foundation as its centrepiece. The theologians of the genocide were ironically not clerics. They were rather journalists and sycophantic pro-regime intellectuals who apparently served as the echo chamber of the Biya genocidal regime for his Hitler-like 'Final Solution' to crush and assimilate 'Anglophones' - the 'rats', 'cockroaches', 'secessionists', 'separatists', or 'microbes' as they were stigmatised. The suffering inflicted by Hitler on Jews fell outside the realm of expression. Often depicted as the savage lunatic who plunged the world into World War II, Adolf Hitler's name has been on the tongues of historians, psychologists, economists, and laymen for ages. Similarly, President Paul Biya like Hitler the Monster is being depicted as the epitome of Lucifer himself. Finally, Professor Tatah Mentan concludes that the pandemic genocide and extermination of Ambazonians by La R,publique du Cameroun g,nocidaires can only be peacefully resolved by an internationally negotiated separation of both warring Former UN Category B Trust Territories.