- Varieties of Political Organization and Community in Ancient Greece

indgår i serie Varieties of Political Organization and Community in Ancient 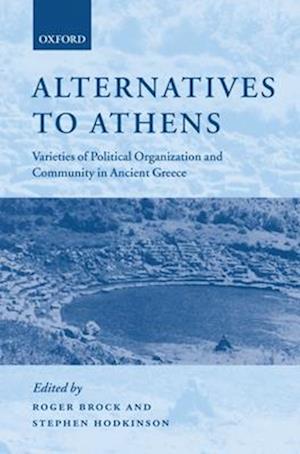 In 1993 the world celebrated the 2500th anniversary of the birth of democracy in ancient Athens, whose polis - or citizen state - is often viewed as the model ancient Greek state. In an age when democracy has apparently triumphed following the collapse of communism in Eastern Europe, we tend to forget that the democratic citizen-state was only one of many forms of political community in Greek antiquity. This volume aims to redress the balance. Eighteenessays by established and younger historians examine alternative political systems and ideologies: oligarchies, monarchies, and mixed constitutions along with diverse forms of communal and regional associations such as ethnoi, amphiktyonies, and confederacies. The papers, which span the length and breadth of theHellenic world from the Balkans and Anatolia to Magna Graecia and north Africa, highlight the immense political flexibility and diversity of ancient Greek civilization.

Forfattere
Bibliotekernes beskrivelse Democratic Athens is often viewed - mistakenly - as the model ancient Greek state. This volume of papers by a wide range of contributors sets the record straight by examining the huge variations of political systems and forms of regional community around the Hellenic world. It highlights the immense political flexibility and diversity of ancient Greek civilization. numerous mapsPRIZES:Winner of | jan10 |9780199258109.