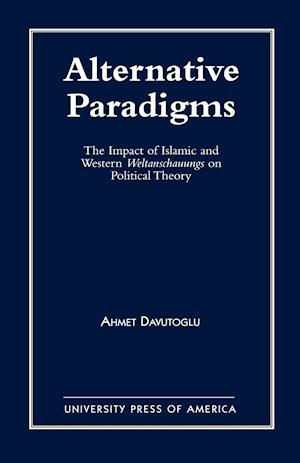 Many scholars were convinced that the existing Western style of life, thought, and political institutions could easily be adapted to Muslim societies by bringing them into line with Islamic belief systems and rules. But after some experiences they were surprised when even intellectuals who had Western academic training remained deeply attached to Islam. In this book, Davutoglu develops a comparative analysis between Western and Islamic political theories and images. His argument contends that the conflicts and contrasts between Islamic and Western political thought originate from their philosophical, methodological, and theoretical background rather than mere institutional and historical differences. The questions of how and through which processes these alternative conceptions of the world affect political ideas via a set of axiological presuppositions are the crux of the book. Contents: Transliteration; Introduction; I. Theoretical Inquiries. Western Paradigm: Ontological Proximity; Islamic Paradigm: Tawhid and Ontological Differentiation; II. Political Consequences. Justification of the Socio-Political System: Cosmologico-Ontological Foundations; Legitimation of Political Authority: Epistemologico-Axiological Foundations; Power Theories and Pluralism; The Political Unit and the Universal Political System; Concluding Comparative Remarks.