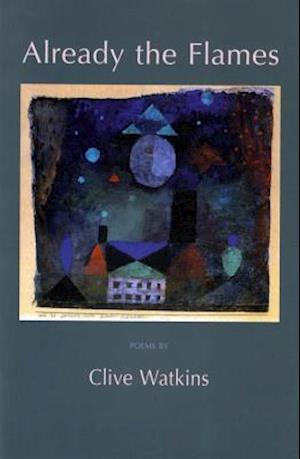 Poetry. Clive Watkins's powerful second collection is by turns sensuous, sombre, lyrical and discursive. ALREADY THE FLAMES explores the position of those complicit in suffering or compelled to observe it in a world that appears ruled by malice or chance. The early sections are shadowed by the figure of Apollyon, the demon who attacks Bunyan's pilgrim. Hauntings, entrapment and escape are themes that weave in and out. The book moves towards an ambiguous release in the realm of the personal. The collection is remarkable for its formal range: poems, and sequences of poems, in free verse, in prose and in rhymed and unrhymed metres of various kinds. There are also several idiosyncratic and fluent translations. In ALREADY THE FLAMES Clive Watkins fulfils the expectations created by his first Waywiser book, Jigsaw, of 2003."This is arresting writing, each phrase alert and poised in a world where the tectonic plates have shifted and the surfaces we have to navigate are increasingly uncertain. It is good to be able to cross them in language that has the measure of the risks."--Roger Garfitt"Clive Watkins is a sharp observer with a painter's eye and piquant erudition, leading us both inward and out to where 'A foreignness begins.' A long sequence like 'The Angel' spills the blood of historical and mythical consciousness, while a short poem like 'Conversation' nearly contains a novel in its implied drama. There are secret histories, oblique narratives in these poems, incised as much as written, darkly reserved and beautiful."--David Mason"Clive Watkins's second book of poems is a profound, moving, in many ways disturbing collection that asks to be read several times before it yields up keys to its import. One key is the poet's mastery of suggestive language in which an undefined threat slips in and out of the book's eight sections. Another is the impossibility of burying the still extant past under the bustle of the present. The book as a whole gives an impression of deeply felt experiences and personal relationships transformed by a brilliant, semi-abstract artist into poems like pictures and exhibited in an intriguing series of galleries. Having visited them once, I wanted to go back and visit them again and again."--Anne Stevenson