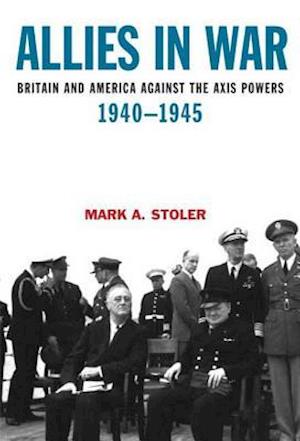 Focusing on the 'special relationship' between the United States and Britain, this book examines the war these two powers fought against Germany, Italy and Japan. This account sees the struggle as a coherent whole, as it would have appeared to Churchill, Roosevelt and their military advisers. Emphasizing the unprecedented co-operation between Britain and the USA, Mark Stoler undermines the standard Churchillian view of the essential smoothness of this process. There were many, often substantial, disagreements between the two allies, and occasionally formal agreement masked continuing dispute in practice, notably over the understanding that the priority was to defeat Nazi Germany. This is a fully rounded history of the British-American effort and makes compelling reading for those who want to understand the intricacies and complexities of this unique relationship>