Allegories of One's Own Mind 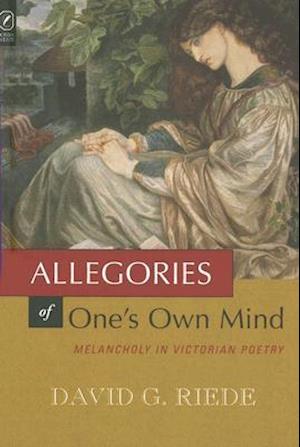 Perhaps because major Victorians like Thomas Carlyle and Matthew Arnold proscribed Romantic melancholy as morbidly diseased and unsuitable for poetic expression, critics have neglected or understated the central importance of melancholy in Victorian poetry. Allegories of One's Own Mind re-directs our attention to a mode that Arnold was rejecting as morbid but also acknowledging when he disparaged the widely current idea that the highest ambition of poetry should be to present an allegory of the poet's own mind. This book shows how early Victorian poets suffered from and railed against what they perceived to be a "disabling post-Wordsworthian melancholy"-we might refer to it as depression-and yet benefited from this self-absorbed or love-obsessed state, which ironically made them more productive. David G. Riede argues that the dominant thematic and formal concerns of the age, in fact, are embodied in the ambivalence of Carlyle, Arnold, and others, who pitted a Victorian ideology of duty, rationality, and high moral character against a still compelling Romantic cultivation of the deep self intuited as melancholy. Such ambivalence, in fact, is in itself constitutive of melancholy, long understood as the product of conscience raging against inchoate desire, and it constitutes the mood of the age's most important poetry, represented here in the major works of Alfred Tennyson, Elizabeth Barrett Browning, and even in the notoriously "optimistic" Robert Browning. David G. Riede is professor of English at The Ohio State University.