- The New Logan Mcrae Crime Thriller from the No.1 Bestselling Author 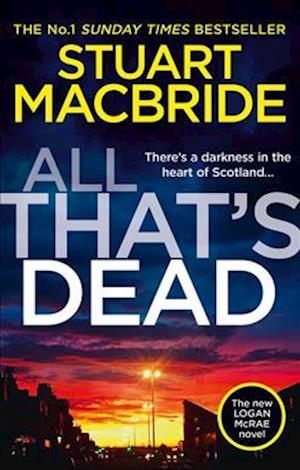 The stunning new thriller from No. 1 Sunday Times bestseller Stuart MacBride. One down...A dark night in the isolated Scottish countryside. Nicholas Wilson, a prominent professor known for his divisive social media rants, leaves the house with his dog, as he does every night. But this time he doesn't come back... Two down...The last thing Inspector Logan McRae wants is to take on such a high-profile case. But when a second man vanishes in similar circumstances, the media turns its merciless gaze on him, and he has no choice. Who's next?Then body parts start arriving in the post. Someone out there is trying to make a point, and they're making it in blood. From number one bestseller Stuart MacBride comes a thrilling new novel which will keep you on the edge of your seat from the first page to the last.