All My Love, Chad 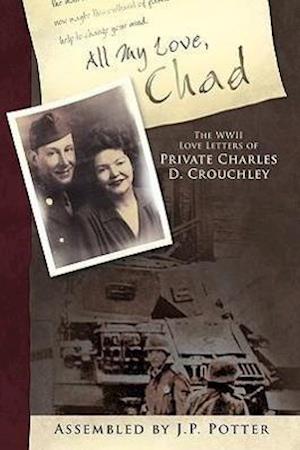 When Charles D. Crouchley Jr. arrived at Camp Devens, Massachusetts, in August of 1943, he and his wife, Petunia, kept their love alive and strong through letters to each other. All My Love, Chad is a collection of those letters that Crouchley, a school teacher prior to his deployment, penned during his two-year stint in the United States armed forces. This collection not only chronicles one man's military experiences in the United States and overseas during World War II, it also demonstrates the fervent love and passion Crouchley held for his wife and his family. Through his travels and troubles during WWII, his love for his wife remained constant. Before his death in 1994, Crouchley left his estate-which included this series of letters-to Colonel Manley Rogers, his closest and most dedicated friend. Rogers entrusted John P. Potter Jr.-whom Crouchley knew through their shared history serving with the Boy Scouts of America-with the task of ensuring the letters and legacy lived on. Personal and historical, All My Love, Chad presents a touching love story from history.