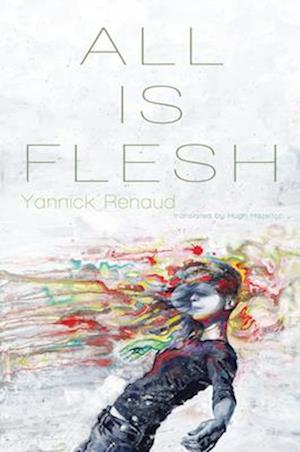 All Is Flesh collects in one volume Hugh Hazelton's English translations of Yannick Renaud's brilliant first two books of poems, Taxidermy and The Disappearance of Ideas, first published by Editions Les Herbes rouges in Montreal. Taxidermy is a discourse on time consisting of prose poems stretched to the very limits of detachment. A completely objectified couple, alternately speaking as simply "he" or "she," strive to attain perfect control over their physical movements. Slowing them down, even stopping them, is equivalent in their minds to seizing and savouring the essence of the present and, by extension, to stopping time in their lives--an enactment of the romantic aesthetics of Keats's "Ode on a Grecian Urn." Their attempts at "holding the pose," as much for themselves as for each other, generate a tension in their voices--at once demanding, yearning and confessional--between the need for both static form and fluid movement in the choreography of their lives, which seeks to "occupy space unequivocally." The Disappearance of Ideas is a meditation on time that interrogates death and mourning, reminding us that "death remains the privilege of the living" and that "cathedrals tell us nothing more than the time on their stones." Unsentimental and intellectualized, the poems generate their radiant intensity by drawing our attention to the part of mourning that remains unresolved and inaccessible in our memories, reminding us of "what we don't know of stories." But this absence, what remains unknown of the past to us, also haunts our futures, where "actions taken only hinder what should have been," and "there is no second chance." As Baudrillard has said: "Things live only on the basis of their disappearance, and, if one wishes to interpret them with entire lucidity, one must do so as a function of their disappearance."