All Day Is a Long Time 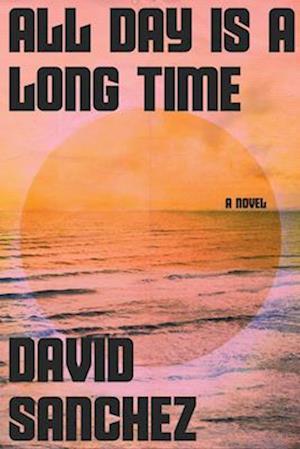 David Sanchezs first novelbrilliant, lyrical, hilarious, heartbreakingis the definitive handbook to hell and back . . . A stunning debut. Cristina Garca, author of Dreaming in CubanFor fans of Denis Johnson and Ocean Vuong: A captivating, searing, and ultimately redemptive debut novel about coming of age on Florida's drug-riddled Gulf Coast and the enigmatic connection between memory and self David has a mind that never stops running. He reads Dante andMoby Dick, he sinks into Hemingway and battles with Milton. But on Florida's Gulf Coast, one can slip into deep water unconsciously; at the age of fourteen, David runs away from home to pursue a girl and, on his journey, tries crack cocaine for the first time. He's hooked instantly. Over the course of the next decade, he fights his way out of jail and rehab, trying to make sense of the world around hima sunken world where faith in anything is a privilege. He makes his way to a tenuous sobriety, but it isnt until he takes a literature class at a community college that something within him ignites. All Day is a Long Timeis a spectacular, raw account of growing up and managing, against every expectation, to carve out a place for hope. We see what it means, and what it takes, to come back from a place of little controlto map ourselves on the world around, and beyond, us. David Sanchez's debut resounds with real force and demonstrates the redemptive power of the written word.