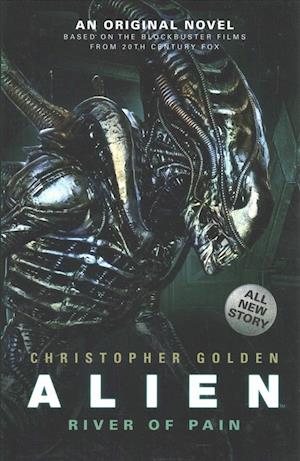 When Ellen Ripley finally returns to Earth, she learns that the planet LV-426 - now called Acheron - has been colonized. But LV-426 is where Ripley and the crew of the Nostromo found the original Xenomorph - the killing machine known as the Alien. Protected by the Colonial Marines, the colonists seek to terraform the storm-swept planet. Two such residents are Anne and Russell Jorden, seeking a fortune that eluded them on Earth. On Acheron, Anne gives birth to the colony's first newborn. Rebecca Jorden, also known as Newt. The wildcatters discover a vast, decaying spaceship. The horseshoe-shaped vessel is of particular interest to Weyland-Yutani, and may be the answer to their dreams. But what Anne and Russ find on board proves to be the stuff, not of dreams, but of nightmares.

Forfattere
Bibliotekernes beskrivelse For decades we've known what Ellen Ripley found when she returned to the planet where the original alien was discovered - where the child known as Newt was the only survivor. This book tells the full story of that colony.