Alice's Adventures in Wonderland and Through the Looking-Glass 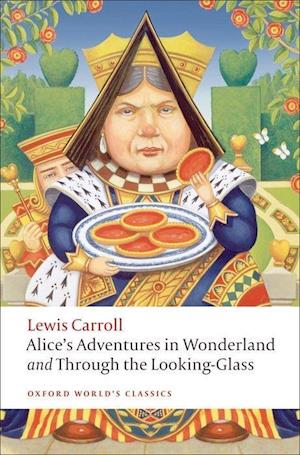 After almost two centuries of historical criticism, biblical scholarship has recently taken major shifts in direction, most notably towards literary study of the Bible. Much germinal criticism has taken as its primary focus narrative texts of the Hebrew Bible (the `Old Testament'). This book belongs in this movement and provides a lucid guide to its interpretative possibilities. It tries to be both theoretical and practical, combining discussion of method and thebusiness of reading in general with numerous illustrations through readings of particular texts. The opening chapter indicates how literary criticism is related to other dominant ways of reading the text over the last two thousand years, using as an example the story of Cain and Abel. In subsequent methodological chapters, the authors discuss characters, not excluding the narrator and God; plot, modifying recent theory to accommodate the peculiar complexity of biblical narratives; and the play of language through repetition, ambiguity, multivalence, metaphor and intertextuality. Theconcluding chapter, on readers and responsibility, explores the ideological dimension of narrative interpretation, with particular attention to Genesis 1-3, a story which has generated much discussion about gender and social hierarchy. Does this text define or challenge the statusquo (of either theancient or the modern world)? The authors lay out some of the debate and question what values are at work when we and others read and champion readings. Other extended readings include: the stories of Abraham and Sarah, and of Tamar and Judah in Genesis, the book of Jonah, and the account of Nebuchadnezzar and the three Jews thrown into the fiery furnace, fromthe book of Daniel. An extensive bibliography completes the book, arranged by subject and biblical text.'But I don't want to go among mad people,' Alice remarked.'Oh, you can't help that,' said the Cat. 'We're all mad here.'The 'Alice' books are two of the most translated, most quoted, and best-known books in the world, but what exactly are they? Apparently delightful, innocent fantasies for children, they are also complex textures of mathematical, linguistic, and philosophical jokes. Alice's encounters with the White Rabbit, the Cheshire-Cat, the King and Queen of Hearts, the Mad Hatter, Tweedledum and Tweedledee and many other extraordinary characters have made them masterpieces of carefree nonsense, yet theyalso appeal to adults on a quite different level. Layers of satire, allusion, and symbolism about Victorian culture and politics, as well as revelations about the intricate subconscious problems of their author, add to their fascination and make them impossible to classify. This new edition explores the phenomenal range of reference, and the paradoxical appeal of two of the most inventive books in world literature. It also includes an episode removed by Carroll from the proofs of Through the Looking-Glass, called 'The Wasp in a Wig'. ABOUT THE SERIES: For over 100 years Oxford World's Classics has made available the widest range of literature from around the globe. Each affordable volume reflects Oxford's commitment to scholarship, providing the most accurate text plus a wealth of other valuable features, including expert introductions by leading authorities, helpful notes to clarify the text, up-to-date bibliographies for further study, and much more.

Forfattere
Bibliotekernes beskrivelse A guide to new ways of reading biblical ("Old Testament") stories. Gunn and Fewell balance discussion of theory with practical illustration. Topics include plot, character, word-play and the ideological dimensions of interpretation. The stories include "Adam and Eve" and "Jonah".The two 'Alice' books are masterpieces of carefree nonsense for children and also embody layers of satire and allusion and mathematical, linguistic, and philosophical jokes. This new edition explores their complex statu integrated black and white illustrations by Sir John Tenniel