- The Boy Who Would Be King and the Ugly Bear 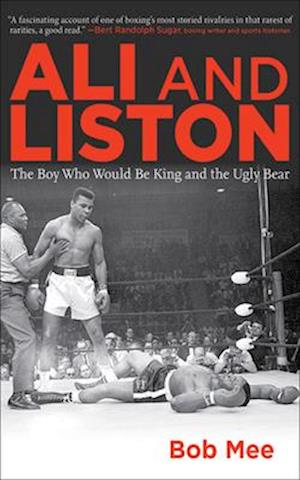 Three months after the assassination of John F. Kennedy, two prizefighters named Charles Sonny Liston and Cassius Marcellus Clay Jr. stepped into a boxing ring in Miami to dispute the heavyweight championship of the world. Liston was a mob fighter with a criminal past, and rumors were spreading that Clay was not just a noisy, bright-eyed boy blessed with more than his share of the craziness of youth, but a believer in a shadowy cult: the Nation of Islam. Neither could be a hero in the eyes of the media.Against this backdrop of political instability, of a country at war with itself, in a time when ordinary African-American people were maimed and killed for the smallest acts of defiance, Liston and Clay sought out their own individual destinies. Liston and Ali follows the contrasting paths these two men took, from their backgrounds in Arkansas and Kentucky through to that sixteen-month period in 1964 and 1965 when the story of the world heavyweight championship centered on them and all they stood for. Both Ali and Listons tracks are followed as their paths diverge: Ali going on to greatness with his epic fights and Liston catapulted back into oblivion until his mysterious death in 1970. Using original source material, it explores a riveting chapter in sports history with fresh insight and striking detail. Liston and Ali is a valuable addition to the literature about these world icons and their opponents.