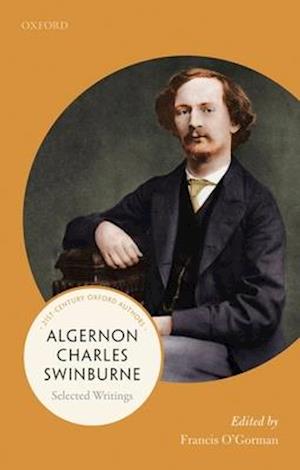 Quantum mechanics is a highly successful yet mysterious theory. Quantum Mechanics for Beginners provides an accessible introduction to this fascinating subject for those with only a high school background in physics and mathematics. This book is entirely algebra-based, except for the last chapter on the Schrodinger equation. A major advantage of this book is that it provides an introduction to the fields of quantum communication and quantum computing. Topics covered include wave-particle duality, Heisenberg uncertainty relation, Bohr's principle of complementarity, quantum superposition and entanglement, Schrodinger's cat, Einstein-Podolsky-Rosen paradox, Bell theorem, quantum no-cloning theorem and quantum copying, quantum eraser and delayed choice, quantum teleportation, quantum key distribution protocols such as BB-84 and B-92, counterfactual communication, quantum money, quantum Fourier transform, quantum computing protocols includingShor and Grover algorithms, quantum dense coding, and quantum tunneling. All these topics and more are explained fully, but using only elementary mathematics. Each chapter is followed by exercises and a short list of references. This book is meant for beginning college students as well as advanced high school students, and can be used as a text for a one-semester course at the undergraduate level. It can also be useful for those who want to learn some of the fascinating recent and ongoing developments in areas related to the foundations of quantum mechanics and its applications to areas like quantum communication and quantum computing.This volume in the 21st-Century Oxford Authors series offers students and readers a comprehensive selection of the work of Algernon Charles Swinburne (1837-1909). This authoritative edition presents students with a new, more complete, more challenging, but also more credible Swinburne than ever before. This edition presents the first rigorous scholarly edition of a substantial selection of Swinburne's work ever produced. Swinburne was one of the most brilliant and controversial poets of the nineteenth century: a republican; a scorner of established Christianity; a writer of sexual daring; a poet of loss and of love. Yet he is also the most misunderstood poet of the Victorian period. This new edition, with substantial editorial material, presents a new and convincing portrait of a man sharplydifferent from what is usually said of him. Beginning with his unpublished 'Ode to Mazzini' (1857) and ending with his last major critical work on The Age of Shakespeare (1908), this edition offers Swinburne in the round-a man of astonishing consistency whose formal innovations and criticalpenetration remain persistently engaging as well as provocative. A major introduction explores Swinburne's complicated reaction to the scandal of his first major collection, Poems and Ballads (1866); his life-long commitment to radical voices (Blake, Hugo, Landor, Shelley); his permanent hostility to tyranny; his sense of literature as a living form and of the heroic personality of the artist; his dazzling art criticism and adroit analysis of Renaissance and modern literature; hisexceptional elegies for dead friends; his burlesques and richly atmospheric fiction and drama. The edition draws on rich contemporary sources, manuscripts, and the diverse print culture of Swinburne's day, as well as moving through ancient and modern languages that Swinburne wrote with fluency.Explanatory notes and commentary are included to enhance the study, understanding, and enjoyment of these works, and the edition includes an Introduction to the life of Swinburne.

Forfattere
Bibliotekernes beskrivelse An introduction to the fascinating subject of quantum mechanics. Almost entirely algebra-based, this book is accessible to those with only a high school background in physics and mathematics. In addition to the foundations of quantum mechanics, it also provides an introduction to the fields of quantum communication and quantum computing.This volume in the 21st-Century Oxford Authors series offers students an authoritative, comprehensive selection of the work of Algernon Charles Swinburne (1837- 9 black-and-white halftones