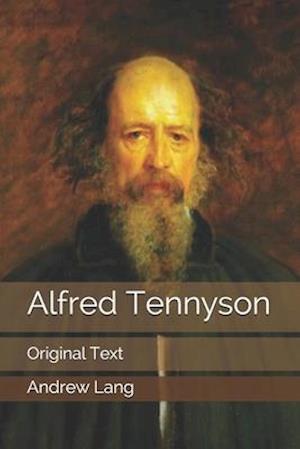 THE life and work of Tennyson present something like the normal type of what, in circumstances as fortunate as mortals may expect, the life and work of a modern poet ought to be. A modern poet, one says, because even poetry is now affected by the division of labour. We do not look to the poet for a large share in the practical activities of existence: we do not expect him, like schylus and Sophocles, Theognis and Alc us, to take a conspicuous part in politics and war; or even, as in the Age of Anne, to shine among wits and in society. Life has become, perhaps, too specialised for such multifarious activities. Indeed, even in ancient days, as a Celtic proverb and as the picture of life in the Homeric epics prove, the poet was already a man apart-not foremost among statesmen and rather backward among warriors. If we agree with a not unpopular opinion, the poet ought to be a kind of "Titanic" force, wrecking himself on his own passions and on the nature of things, as did Byron, Burns, Marlowe, and Musset. But Tennyson's career followed lines really more normal, the lines of the life of Wordsworth, wisdom and selfcontrol directing the course of a long, sane, sound, and fortunate existence. The great physical strength which is commonly the basis of great mental vigour was not ruined in Tennyson by poverty and passion, as in the case of Burns, nor in forced literary labour, as in those of Scott and Dickens. For long he was poor, like Wordsworth and Southey, but never destitute. He made his early effort: he had his time of great sorrow, and trial, and apparent failure. With practical wisdom he conquered circumstances; he became eminent; he outlived reaction against his genius; he died in the fulness of a happy age and of renown. This full-orbed life, with not a few years of sorrow and stress, is what Nature seems to intend for the career of a divine minstrel. If Tennyson missed the "one crowded hour of glorious life," he had not to be content in "an age without a name."