Alexander the Great and Egypt 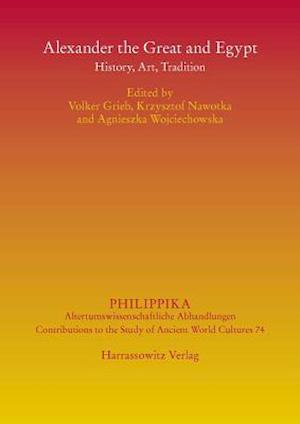 This volume presents the papers of an interdisciplinary conference held in Wroclaw in 2011, dedicated to Alexander's expedition to Egypt as well as to his afterlife and legend tied to Egypt and Alexandria. Regarding military aspects, there are papers focusing on Egypt's strategic significance in 4th-century Greek sources as well as on Alexander's conquest in comparison to earlier conquests of the land of the Nile. Furthermore, they re-examine the chronology of Alexander's stay in Egypt and discuss the founding of Alexandria, e.g. by linking it with 4th-century urban developments in the Eastern Mediterranean. Since Alexander's policy in Egypt is in large part reflected by hieroglyphic inscriptions and papyri, other contributions focus on his legitimation as a pharaoh, his royal title as well as on Egyptian temples renovated on his order. Alexander's expedition to Egypt and the East was also a powerful stimulus for the development of science in antiquity, which is covered by papers on the mystery of the flooding of the Nile and the spread of astrology. His afterlife and legend is presented in this volume by a nuanced position of Alexander in Ptolemaic ideology and art, while further papers scrutinize and dismantle modern scholarly myths of Alexander's sarcophagus and his tomb in Alexandria. Methodological approaches from different fields of scholarship - such as Ancient History, Classical Studies, Egyptology and Archaeology - are juxtaposed in this volume and may contribute not merely to the study of the Egyptian episode in the history of Alexander the Great.