Alexander Pope in The Reign of Queen Anne

- Reconsiderations of His Early Career 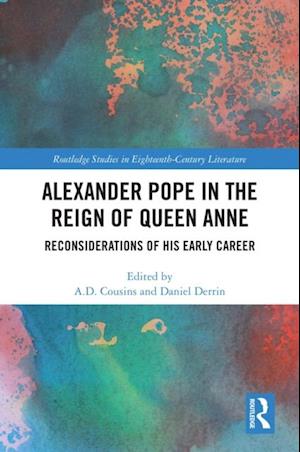 This is the first collection of essays since George Sherburn's landmark monograph The Early Career of Alexander Pope (1934) to reconsider how the most important and influential poet of eighteenth-century Britain fashioned his early career. The volume covers Pope's writings from across the reign of Queen Anne and just beyond. It focuses, in particular, on his interaction with the courtly culture constellated round the Queen. It examines, for instance, his representations of Queen Anne herself, his portrayals of politics and patronage under her reign, his negotiations with current literary theory, with the classical tradition, with chronologically distant yet also contemporaneous English poets, with current thought on the passions, and with membership of a religious minority. In doing so, it comprehensively reconsiders anew the ways in which Pope, increasingly supportive of Anne's rule and mindful of the Virgilian rota, sought at first to realise his authorial aspirations.