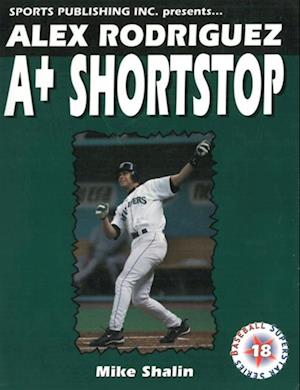 Mike Shalin's A+ Shortstop tells the life story of this popular player who has been voted by fans as an All-Star Game starter two years in a row. Rodgriguez has also been honored as Player of the Year from The Sporting News, an award voted on by Major League Baseball Players. By teaming up with Ken Griffey Jr., 'A-Rod' has helped turn the Mariners into one of the most entertaining teams to watch in pro sports, and Shalin provides the details into his development from high school phenom to Major League star. Alex Rodriguez has a long career still ahead of him, but his accomplishments in the game so far have made him an athlete to llok up to for people around the country.