Aldrin Adams and the Legend of Nemeswiss 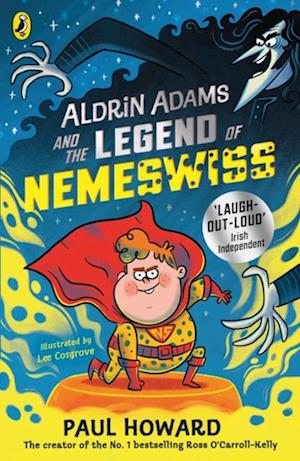 An ordinary boy. The most EXTRAORDINARY, stinkiest superpower!Some months have past since Aldrin Adams discovered his extraordinary SUPERPOWER. When he eats CHEESE, just before he goes to sleep, he can enter into other people's dreams . . . and their nightmares! He's learned when to eat blue cheese (to help with nightmares about KILLER toys), smoked cheese (to help him recover from using his powers) and good old Cheddar (TOP SECRET). He's also come face to face with his nemesis - A MYSTERIOUS SUPERNATURAL VILLAIN who creates NIGHTMARES for millions of children every night.Aldrin survived, but only JUST. And now what is he supposed to do? Save the world, one SCARY CLOWN nightmare at a time? Shouldn't being a superhero be more adventurous than this? Is there a way to beat his Nemesis once and for all?Find out, as Aldrin navigates his new life, meets more people with powers like him and - finally - faces his NEMESIS again!