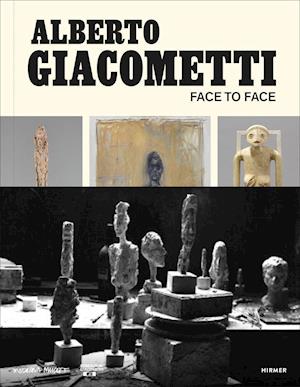 Alberto Giacometti forged a singular path within European Modernism, restlessly seeking a new language for sculpture as a double of reality. Presenting some 100 sculptures and paintings, the publication tracks the evolution of Giacometti's work from Post-Cubism through Surrealism to post-war Realism. Throughout his life, Alberto Giacometti (1901-1966) was in conversation with some of the most influential intellectuals of the twentieth century. By highlighting three writers - Georges Bataille, Jean Genet, and Samuel Beckett, with whom the artist sustained lasting friendships - the publication examines how these dialogues may be traced in Giacometti's oeuvre. The lavishly illustrated book not only provides an overview extending from his early to his later works, and newly comissioned essays but also presents important historical texts by the three authors and the artist himself.

Forfattere
Bibliotekernes beskrivelse A new approach to one of the most famous artists of the 20th century - Alberto Giacometti 150 Illustrations, unspecified