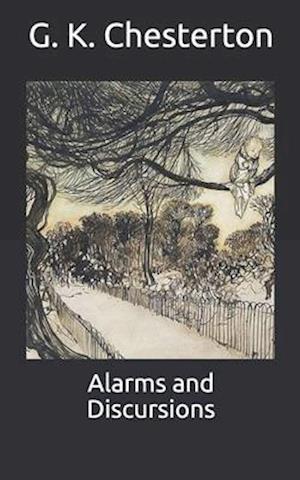 Once upon a time there lived upon an island a merry and innocent people, mostlyshepherds and tillers of the earth. They were republicans, like all primitive and simplesouls; they talked over their affairs under a tree, and the nearest approach they had to apersonal ruler was a sort of priest or white witch who said their prayers for them. Theyworshipped the sun, not idolatrously, but as the golden crown of the god whom all suchinfants see almost as plainly as the sun.Now this priest was told by his people to build a great tower, pointing to the sky insalutation of the Sun-god; and he pondered long and heavily before he picked his materials.For he was resolved to use nothing that was not almost as clear and exquisite as sunshineitself; he would use nothing that was not washed as white as the rain can wash the heavens, nothing that did not sparkle as spotlessly as that crown of God. He would have nothinggrotesque or obscure; he would not have even anything emphatic or even anythingmysterious. He would have all the arches as light as laughter and as candid as logic. He builtthe temple in three concentric courts, which were cooler and more exquisite in substanceeach than the other. For the outer wall was a hedge of white lilies, ranked so thick that agreen stalk was hardly to be seen; and the wall within that was of crystal, which smashedthe sun into a million stars. And the wall within that, which was the tower itself, was atower of pure water, forced up in an everlasting fountain; and upon the very tip and crest ofthat foaming spire was one big and blazing diamond, which the water tossed up eternallyand caught again as a child catches a ball."Now," said the priest, "I have made a tower which is a little worthy of the sun."