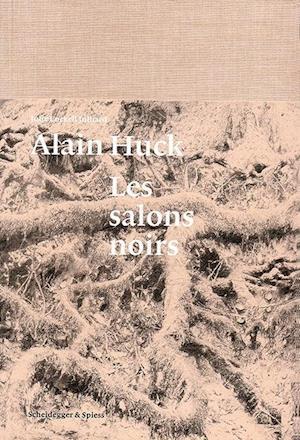 Alain Huck, born 1957, lives and works in francophone Switzerland. Following his degree in Fine Arts at the Ecole cantonale des beaux-arts Lausanne (ECAL) he became a founding member of the M/2 artists collective in Vevey in 1987, with whom he worked for four years. He has been working on his own since 1990, creating a body of polymorphous works in a variety of media: painting, photography, drawing, video, often using text as well. In 2006 Huck started to work on an extensive series of very large-scale charcoal drawings, titled Salons noirs. This corpus now comprises nearly 80 compositions, in which the artist has superimposed different images, combined and confused within a mobile, blurred vision that is occasionally reiterated. This new book for the first time presents the entire series, completed by a selection of other recent works by Alain Huck. Julie Enckell Julliard's essay examines the 'Salons noirs' and suggests ways of approaching them, and also refers to the various relations of Huck's work to that of other artists, such as Albrecht Durer, Arnold Bocklin, Robert Longo, or Gerhard Richter.