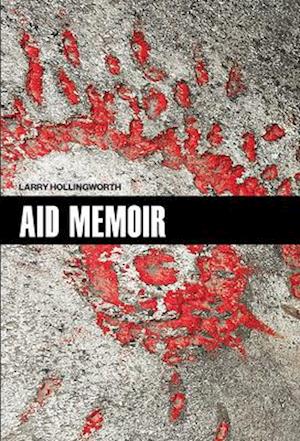 Larry Hollingworth, current visiting Professor of Humanitarian Studies at Fordham University in New York City, served as head of the UNHCR's efforts in Bosnia throughout the lengthy conflict that plagued the former Yugoslavia in the early to mid '90s. Aid Memoir follows Larry and his UN colleagues throughout multiple efforts to provide much-needed relief for besieged, isolated, and desperate communities riddled by senseless killing and aggression. The characters encountered throughout are at times thrilling, at times frightening. Larry spares no details, however troubling, and therefore shines a telling light on the reality of the situation that most will remember to have watched on their television screens.

Forfattere
Bibliotekernes beskrivelse Mr. Larry's Aid Memoir follows the experiences of Larry Hollingworth, head of UNHCR efforts in Bosnia during the Bosnian conflict of the early to mid 90's. Mr. Hollingworth develops a narrative that traces humanitarian attempts to deliver food and aid to besieged, isolated, and desperate communities throughout the Balkans, including Sarajevo, Banja Luka, and Srebrenica. 11 b/w illustrations