indgår i serie ADVANCES IN AGROFORESTRY 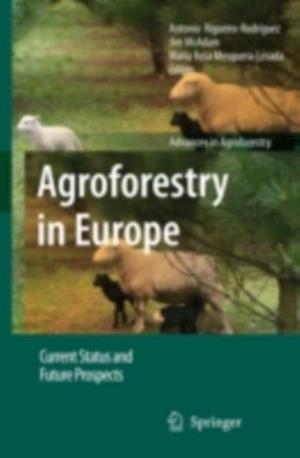 Agroforestry has come of age during the past three decades. The age-old practice of growing trees and crops and sometimes animals in interacting combinations - that has been ignored in the single-commodity-oriented agricultural and forestry development paradigms - has been brought into the realm of modern land-use. Today agroforestry is well on its way to becoming a specialized science at a level similar to those of crop science and forestry science. To most land-use experts, however, agroforestry has a tropical connotation. They consider agroforestry as something that can and can only be identified with the tropics. That is a wrong perception. While it is true that the tropics, compared to the temperate regions, have a wider array of agroforestry systems and hold greater promise for potential agroforestry interventions, it is also true that agroforestry has several opportunities in the temperate regions too. Indeed, the role of agroforestry is now recognized in Europe as exemplified by this book, North America, and elsewhere in the temperate zone. Current interest in ecosystem management in industrialized countries strongly suggests that there is a need to embrace and apply agroforestry principles to help mitigate the environmental problems caused or exacerbated by commercial agricultural and forestry production enterprises.