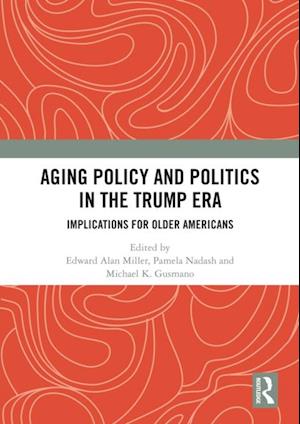 The surprise election of Donald J. Trump to the presidency of the United States marks a singular turning point in the American republic - not only because of his idiosyncratic approach to the office, but also because the Republican Party now holds the presidency and both houses of Congress, presenting a historic opportunity for change. The role of older Americans has been critical in both shaping and reacting to this political moment. Their political orientations and behaviors have shaped it through their electoral support for Republican candidates. But, older Americans stand as highly invested stakeholders in the policy decisions made by the very officials they elected and as beneficiaries of the programs that Republicans have targeted for cuts or elimination.This comprehensive volume explores the ways in which Trump administration policies are likely to significantly undermine the social safety net for near-elderly and older Americans, including long-term care, housing, health care, and retirement. The authors also explore how the Trump administration might shape politics and political behavior through the policy changes made. The response of older voters, in upcoming elections, to efforts by the Trump administration and its Republican allies in Congress to draw back on the federal government's commitment to programs and policies affecting them will shape the direction of aging policy and politics for years to come.This book was originally published as a special issue of the Journal of Aging & Social Policy.