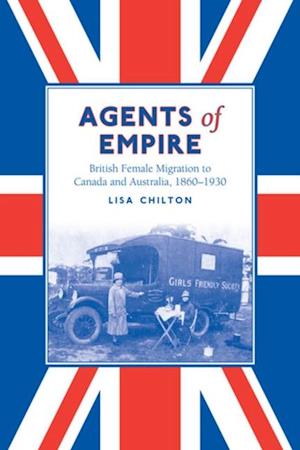 The period between the 1860s and the 1920s saw a wave of female migration from Britain to Canada and Australia, much of which was managed by women. In Agents of Empire, Lisa Chilton explores the work of the women who promoted, managed, and ultimately transformed single British women's experiences of migration.Chilton examines the origins of women-run female emigration societies through various aspects of their work and the responses they received from emigrants and settled colonists. Working in the face of apathy in the community, resistance by other (usually male) managers of imperial migration, and agency exerted by the women they sought to manage, the emigrators endeavoured to maintain control over the field until government agencies took it over in the aftermath of the First World War. Agents of Empire highlights the aims and methods behind the emigrators' work, as well as the implications and ramifications of their long-term engagement with this imperialistic feminizing project. Chilton provides tremendous insight into the struggle for control of female migration and female migrants, aiding greatly in the study of gender, migration, and empire.