- A Partial History of Live Art 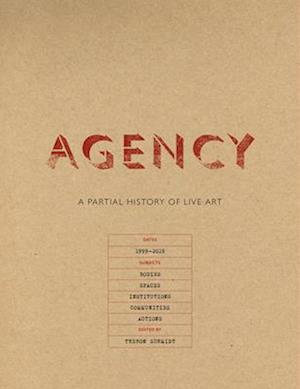 Notoriously difficult to define as a genre, Live Art is commonly positioned as a challenge to received artistic, social, and political categories: not theatre, not dance, not visual art, and often wilfully anti-mainstream and anti-establishment. But as it has become increasingly prevalent in international festivals, major art galleries, and university courses, it is ripe for a reassessment. Including almost 50 contributing artists and scholars, this collection of essays, conversations, provocations, and archival images takes the twentieth anniversary of the founding of one of the sector's most committed champions, the Live Art Development Agency in London, as an opportunity to consider not only what Live Art has been against, but also what it has been for. Through the work of this particular 'Agency', the book explores the idea of agency more generally: how Live Art has enabled the possibility for new kinds of thoughts, actions, and alliances for diverse individuals and groups.