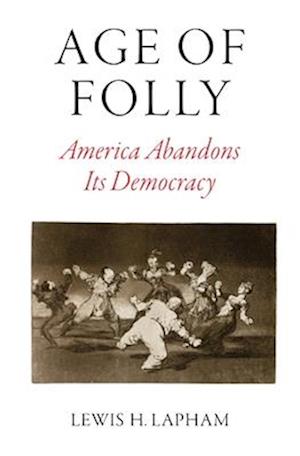 In twenty-five years of imperial adventure, America has laid waste to its principles of democracy, as chronicled here in a compendium of wit and pinpoint moral accuracy assessing the evils America has done itself in doing evil to others. The self-glorifying march of folly steps off at the end of the Cold War, in an era when delusions of omnipotence allowed virtual markets to boom fantastically. The new millennium was inaugurated with the democratic election of an American president being nullified by the Supreme Court, and the pretender arising to power launching a wasteful, vainglorious and never-ending war on terror, doomed to end in defeat and the loss of America's prestige abroad. All this brings us to the sunset swamp of this year's presidential election, a farce dominated by Donald J. Trump, a self-glorifying photo-op bursting star-spangled bombast in air. Amid all the inexcusable absurdity, the gap has widened between the increasingly selfish and cowardly rich and the evermore debt-ridden and angry poor.This is not an uplifting tale, but one familiar to the ancient Greeks, who recognized in it the coming to power of a government Aristotle likened to that of "the prosperous fool"-it being characteristic of the wealthy to imagine they "already have the things that give a claim to office."

Forfattere
Bibliotekernes beskrivelse America's leading essayist on the frantic retreat of democracy, in the fire and smoke of the war on terror