Agatha Raisin: Something Borrowed, Someone Dead 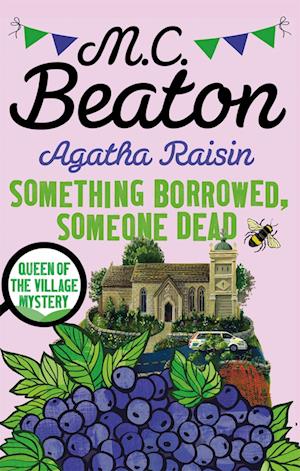 Incomer Gloria French is at first welcomed in the Cotswold village of Piddlebury. She seems like a do-gooder par excellence, raising funds for the church and caring for the elderly. But she has a bad habit of borrowing things and not giving them back, so when she is discovered dead, poisoned by a bottle of elderberry wine, folk in the village don't mourn her passing too intently.Parish councillor Jerry Tarrant hires Agatha Raisin to track down the murderer. But the village is creepy and secretive and the residents don't seem to want Agatha to find who the murderer is, and Agatha's investigations are hampered by the emotional upset of finding her ex, James Lacey, has fallen in love with young detective Toni Gilmour.And now the murderer is targeting Agatha!Praise for the Agatha Raisin series:'M.C. Beaton's imperfect heroine is an absolute gem' Publishers Weekly'Clever red herrings and some wicked unfinished business guarantees that the listener will pant for a sequel' The Times (audio review)

Forfattere
Bibliotekernes beskrivelse The bossy, vain and irresistible Agatha is back in her latest adventure - her 24th in the series.