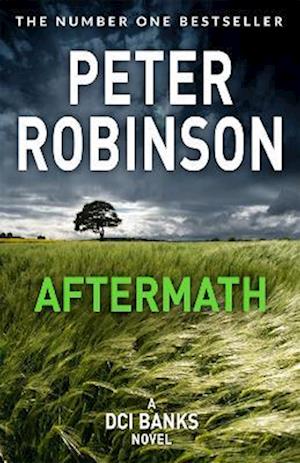 'The Alan Banks mystery-suspense novels are the best series on the market. Try one and tell me I'm wrong' - Stephen KingThe Sunday Times bestseller, Aftermath, is the twelfth novel in Peter Robinson's Inspector Banks series, following on from Cold is the Grave.A house of horror. A despicable serial killer. Banks's darkest case.When a concerned neighbour calls the police to number 35 The Hill after a domestic disturbance, the two constables are led to a truly horrific scene. They unwittingly uncover an elusive serial killer known as the Chameleon. With the killer finally in custody it appears the nightmare is over.Not for Banks though. Too many questions remain unanswered at the house of horrors. And then they discover there are more bodies than victims. Is the Chameleon killer just one monster of many? Banks must solve his darkest case yet.Aftermath is followed by the thirteenth book in this Yorkshire-based crime series, The Summer That Never Was.