Afterlife of the Shoah in Central and Eastern European Cultures

- Concepts, Problems, and the Aesthetics of Postcatastrophic Narration 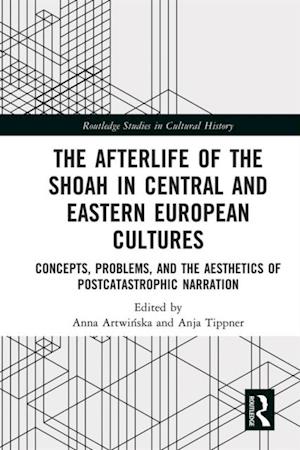 The Afterlife of the Shoah in Central and Eastern European Cultures is a collection of essays by literary scholars from Germany, the US, and Central Eastern Europe offering insight into the specific ways of representing the Shoah and its aftereffects as well as its entanglement with other catastrophic events in the region. Introducing the conceptual frame of postcatastrophe, the collected essays explore the discursive and artistic space the Shoah occupies in the countries between Moscow and Berlin. Postcatastrophe is informed by the knowledge of other concepts of 'post' and shares their insight into forms of transmission and latency; in contrast to them, explores the after-effects of extreme events on a collective, aesthetic, and political rather than a personal level. The articles use the concept of postcatastrophe as a key to understanding the entangled and conflicted cultures of remembrance in postsocialist literatures and the arts dealing with events, phenomena, and developments that refuse to remain in the past and still continue to shape perceptions of today's societies in Eastern Europe. As a contribution to memory studies as well as to literary criticism with a special focus on Shoah remembrance after socialism, this book is of great interest to students and scholars of European history, and those interested in historical memory more broadly.