After the Globe, Before the World 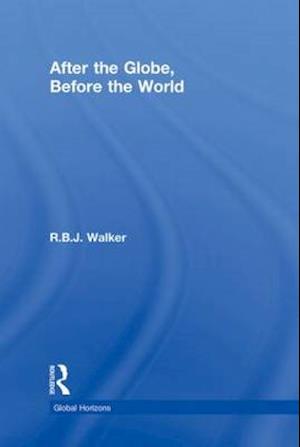 This book explores the implications of claims that the most challenging political problems of our time express an urgent need to reimagine where and therefore what we take politics to be. It does so by examining the relationship between modern forms of politics (centred simultaneously within individual subjects, sovereign states and an international system of states) and the (natural, God-given or premodern) world that has been excluded in order to construct modern forms of political subjectivity and sovereign authority. It argues that the ever-present possibility of a world outside the international both sustains the structuring of relations between inclusion and exclusion within the modern internationalized political order and generates desires for escape from this order to a politics encompassing a singular humanity, cosmopolis, globe or planet that are doomed to disappointment. On this basis, the book develops a critique of prevailing traditions of both political theory and theories of international relations. It especially examines what it might now mean to think about sovereignties, subjectivities, boundaries, borders and limits without automatically reproducing forms of inclusion and exclusion, or universality and particularity, expressed in the converging but ultimately contradictory relationship between international relations and world politics.

Forfattere
Bibliotekernes beskrivelse Offering a critique of the primary traditions of both political theory and international relations theory, this book provides an analysis of the relationship between claims about sovereignty and the spatiotemporal articulation of boundaries, borders and limits.