After Empire - Towards an Ethnology of Europe`s Barbarians

- Towards an Ethnology of Europe's Barbarians 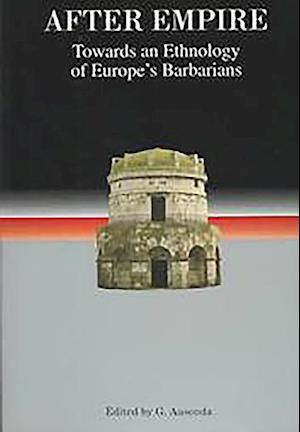 The decline of the Roman Empire was compounded by the spread westwards of tribes from Eastern Europe, settling areas from which the indigenous populations had been cleared by the spread of the power of Rome; those populations themselves, notably the Celts, were pushed to the fringes of the former empire. These migrations of barbarian peoples between the fourth and ninth centuries left no historical record in the accepted sense, but it is the recovery of the customs and beliefs of these populations that forms the common purpose of the studies in this book, for during these centuries the traits and attitudes developed which are at the root of present-day Europe: feudalism, the status level achieved by the merchant class, the beginnings of an ideology that led to the separation of church and state, the demise of slavery as an inefficient mode of production, the origin of national identities. The late GIORGIO AUSENDA taught at the Center for Interdisciplinary Research on Social Stress, San Marino. Contributors: GIORGIO AUSENDA, JULIAN D. RICHARDS, JOHN HINES, DAVID TURTON, ROSS BALZARETTI, DENNIS H. GREEN, SVEN SCHUETTE, DAVID N. DUMVILLE, MORTEM AXBOE, IAN N. WOOD

Forfattere
Bibliotekernes beskrivelse Studies of the customs and beliefs of barbarian peoples who migrated westwards and settled in Western Europe from the close of the Roman empire to the ninth century.