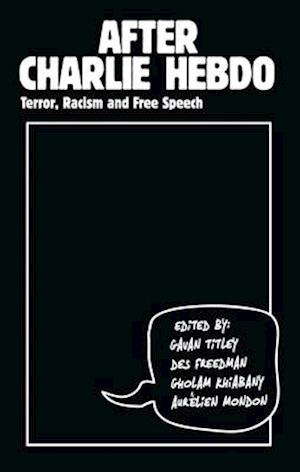 As the world looked on in horror at the Paris terror attacks of January and November 2015, France found itself at the centre of a war that has split across nations and continents. The attacks set in motion a steady creep towards ever more repressive state surveillance, and have fuelled the resurgence of the far right across Europe and beyond, while leaving the left dangerously divided. These developments raise profound questions about a number of issues central to contemporary debates, including the nature of national identity, the limits to freedom of speech, and the role of both traditional and social media. After Charlie Hebdo brings together an international range of scholars to assess the social and political impact of the Paris attacks in Europe and beyond. Cutting through the hysteria that has characterised so much of the initial commentary, it seeks to place these events in their wider global context, untangling the complex symbolic web woven around 'Charlie Hebdo' to pose the fundamental question - how best to combat racism in our supposedly 'post-racial' age?

Forfattere
Bibliotekernes beskrivelse An incisive and timely analysis of the impact the Paris terror attacks have had on today's struggles over multiculturalism, integration and freedom of speech. 1 Bibliography; 1 Index