African Theatre 12: Shakespeare in and out of Africa 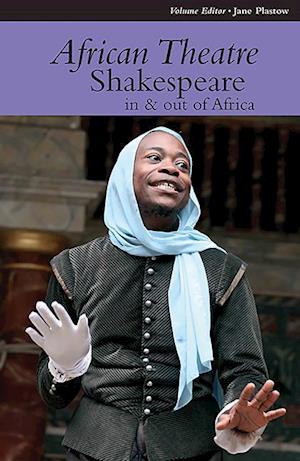 This volume takes as its starting point an interrogation of the African contributions to the Globe to Globe festival staged in London in 2012, where 37 Shakespeare productions were offered, each from a different nation. Five African companies were invited to perform and there are articles on four of these productions, examining issues of interculturalism, postcolonialism, language, interpretation and reception. The contributors are both Shakespeare and African theatre scholars, promoting discourse from a range of geographical and cultural perspectives. A critical debate about the process of the Globe to Globe festival is initiated in the form of a discussion article featuringsome of its directors and actors. Two further articles look at Shakespeare productions made purely for Africa, from Mauritius and Cape Verde, and leading Nigerian playwright and cultural commentator Femi Osofisan provides an overview article examining Shakespeare in Africa in the 21st century. The playscript in this volume of African Theatre is Femi Osofisan's Wesoo, Hamlet! or the Resurrection of Hamlet. Volume Editor: JANE PLASTOW Series Editors: Martin Banham, Emeritus Professor of Drama & Theatre Studies, University of Leeds; James Gibbs, Senior Visiting Research Fellow, University of the West of England; Femi Osofisan, Professor of Drama at the University of Ibadan; Jane Plastow, Professor of African Theatre, University of Leeds; Yvette Hutchison, Associate Professor, Department of Theatre & Performance Studies, University of Warwick